Halmari Gold Chai Tea (English Breakfast tea): Honored with a silver medal at the Global tea championships in 2019, Halmari’s Gold CTC has constantly been breaking its own records. It is the absolute perfect cup if you love drinking tea with milk and other condiments. The pure golden color and absolute briskness of the cup is unmatched.

There are no reviews yet. 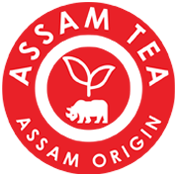 Assam tea is a black tea named after the Indian state of Assam, where it is grown. Assam tea is made exclusively from the Camellia sinensis plant. The state of Assam, which lies on both sides of the Brahmaputra River, is the world’s largest tea-growing area by production. While Assam is most commonly associated with the region’s distinctive black teas, the region also produces smaller quantities of green and white teas, each with their own distinct characteristics.

Assam has historically been the world’s second-largest commercial tea producer, after southern China, and one of only two regions in the world with native tea plants.

STEEPING YOUR CUP RIGHT IS AN ART

Refer to the steeping instructions for this tea.

Use O2 rich water or RO filtered for best results.

Make sure to infuse it for approximately the steep time recommended

It's all on you but you can always go for the cordiments recommended.

Place tea bags in a heatproof jug. Pour in 1 litre (4 cups) boiling water and allow to steep for 3-5 minutes. Remove tea bags. Add honey to taste, if desired, and stir to combine. Place in the fridge to chill.

Halmari Tea Garden
Halmari is the best Assam tea company that is maintaining its legacy for more than 100 years. Their pursuit of quality along with expertise and experience makes them count steadily among the best tea manufacturers in Assam. The standard of tea manufacturing is unmatched at Halmari. Thus, the tea estate is ranked among the best nine of the world. Even during the lean periods of tea production, Halmari Estate has the ability to produce the finest tea. This is how they have earned their brand name, which they are maintaining consistently with great pride. Situated on the Lush plains of Upper Assam, Halmari produces the highest quality teas from pedigree clones. Source

Rated 4.50 out of 5
₹222.00 – ₹479.00
CTC (Crush, turn, curl) tea is a machine processed and fermented black tea. It is usually less expensive than Orthodox tea. In India, over 80% of the tea sold is CTC tea. The reason behind it is that CTC tea steeps stronger and has a more bitter flavour to it. This gives you the option of preparing it with condiments such as milk, ginger and sugar. In India, majority of the population prefer drinking tea with milk, due to which CTC tea strives here.
Add to wishlist
Select options
Quick view
-20%

₹239.00 – ₹799.00
This mix of ours hails from the gardens of Doomni, which is situated on the banks of Brahmaputra, alongside the Bhutan hills. This geographical location has given them a unique flavour and aroma. The color of the tea is uniquely bright and has the right balance between briskness and mellowness.

Rated 3.00 out of 5
₹227.62 – ₹760.95
Warm cardamom, sharp ginger, and exotic fennel seeds are combined with new, solid Assam CTC to create a perfect blend. This makes the perfect cup of indulgence with a little milk and sugar whenever the mood hits.

We are delivering all over India, But the deliveries might be delayed by 24 - 48hrs due to the COVID-19 restrictions. Thank you for supporting us in such tough times.